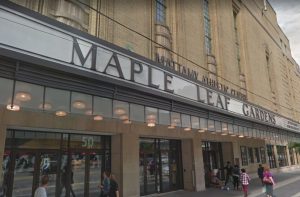 We are very pleased to announce that the opening ceremonies for the 2019 SHI Tournament will take place at the Mattamy Athletic Centre, formerly Maple Leaf Gardens. Originally built in 1931, this historic hockey mecca served as the home of the Toronto Maple Leafs until they moved to their new accommodations in 1999. After renovations, including a downsized hockey venue and basketball venue, and a name change to the Mattamy Athletic Centre it became the new home of the Ryerson University Rams. We are proud to have the SHI Tournament become part of the history of this storied building.

Check out highlights from the 2009 SHI Tournament hosted by Grandravine.