The full tournament video is now ready. For all those that attended you can re-live some of those special moments. For those of you that were not able to attend, you get a glimpse of what went on at the 25th Anniversary Special Hockey international Tournament. Grandravine Special Hockey was proud to host this special event.

Missed the closing ceremonies?
Missed the tournament?
Or just want to re-live the memories?
Here are the highlights.

A complete final version will be available to download soon.

A member of the Barrie Colts came away with the winner’s share of $1592. 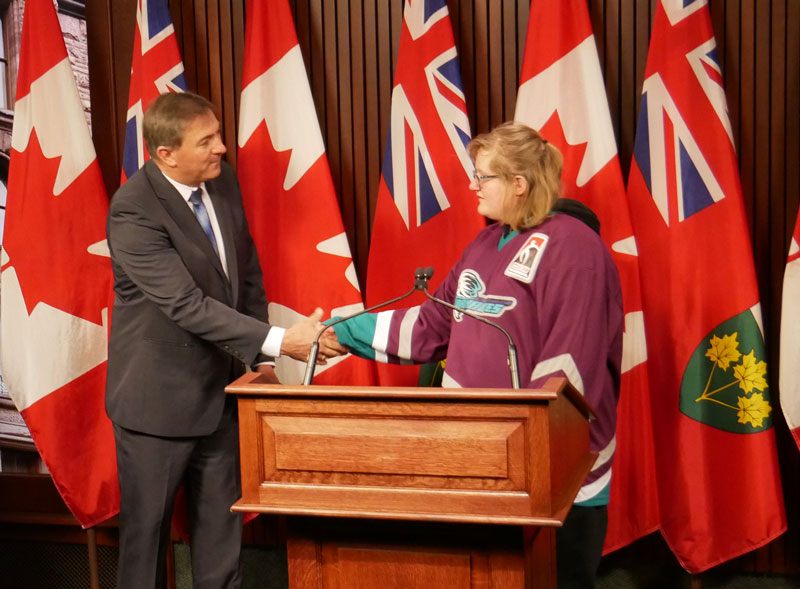 The festivities will begin in the morning at Queens Park where all teams attending the tournament will be invited to tour the Ontario Legislature where the government will be in session. All players attending will receive a personalized scroll with their name on it to commemorate Special Hockey Day.

That evening Dave Smith and other Ontario government representatives will be on hand at the Mattamy Athletic Centre to officiate at the opening ceremonies of the SHI tournament.

A media day was held at Queens Park on January 21 to make the announcement.