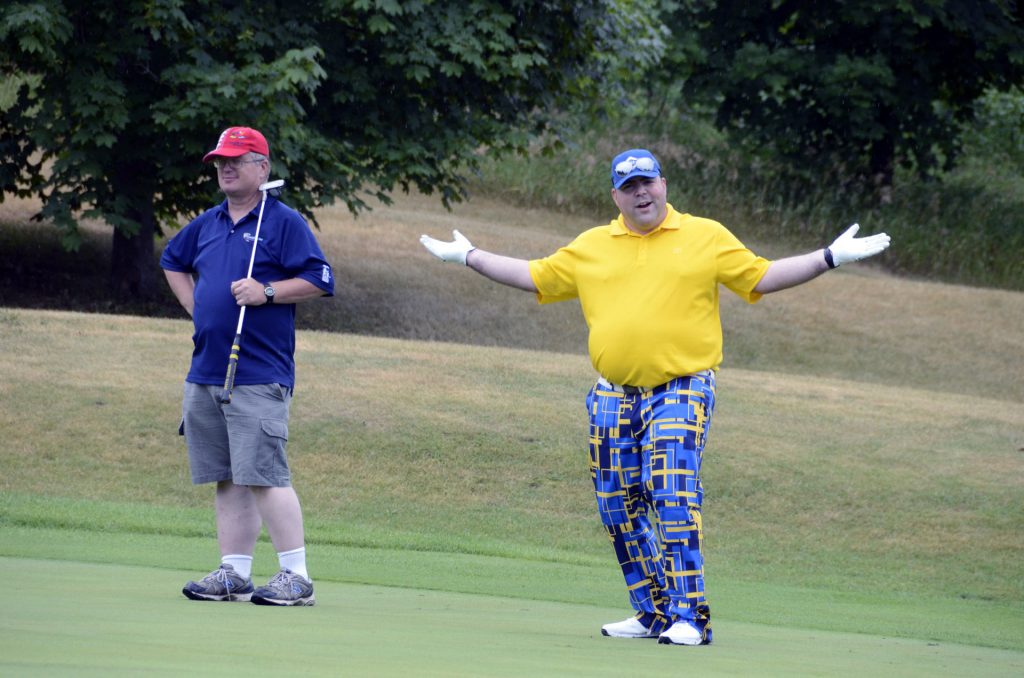 It was a perfect day! A little rain delayed the start but it also cooled things down a bit for one hundred and sixty-five golfers gathered for this 15th edition of this tournament in support of Grandravine Special Hockey. And if they were still a little hot a cone from the ice cream truck helped. A big shout out to Michael Corvinelli and Alessandra Corvinelli of Coro who continue to spearhead this tournament. 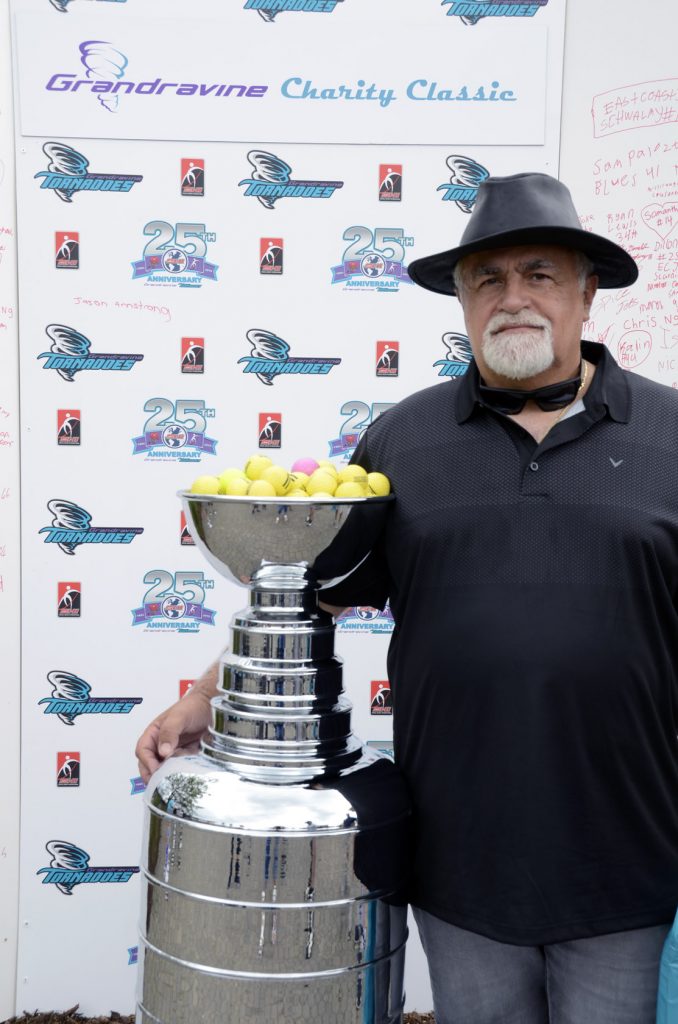 A special treat this year was the photo-op with the Stanley Cup. OK so it was only a replica but still fun for all. The cup, along with the backdrop signed by hundreds of special hockey players attending the 25th Anniversary Special Hockey International this year hosted by Grandravine, was presented by John Siraco and Kubik. Thanks John. 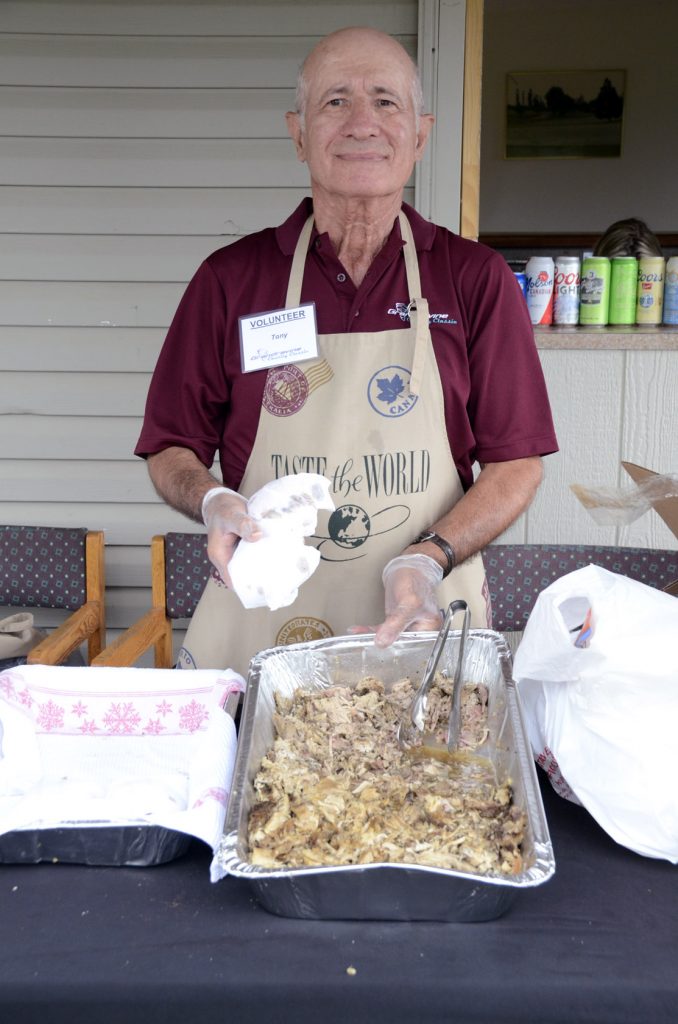 Once everyone headed out they were treated to ideal golfing weather and were still a little hungry they were treat to the perennial favorite, the Porchetta stations. Mary Leah and Susan Tari were dishing it out on the first hole station and Tony and Stephen Tari were serving it up at the half-way house. 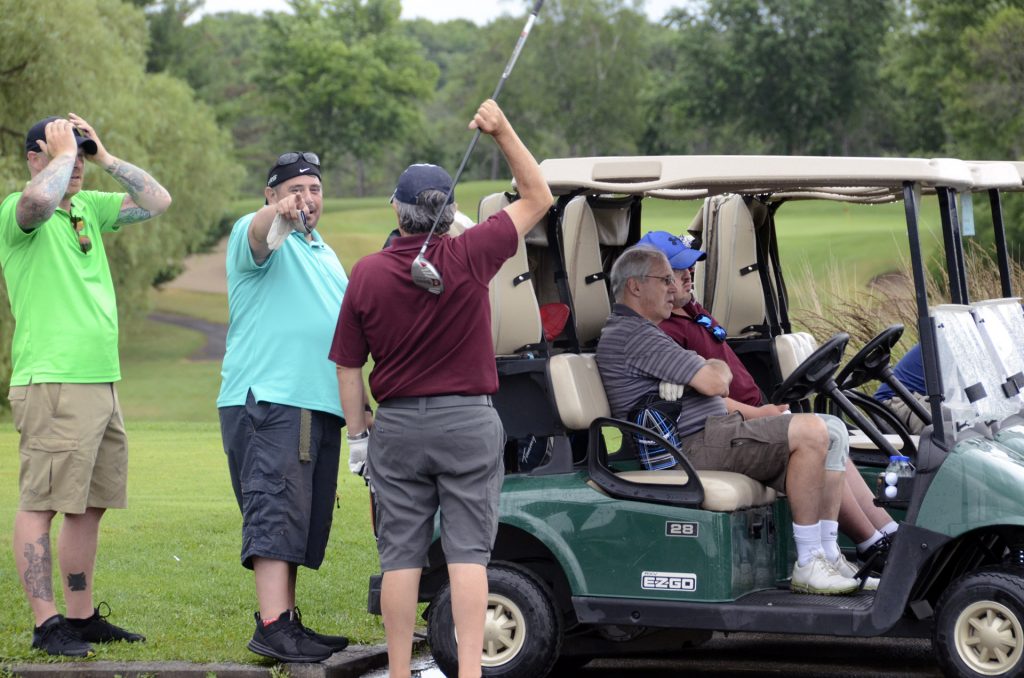 Once the golfing was done, we were al treat to a fabulous dinner served up by the ever friendly staff at Glen Eagle. Dinner was also time for the award presentations. The team of Rob De Ciantis, Nick Dacev, Mark De Ciantis, Marco Ricci took the Best Score prize with a score of ten under par. Congratulations! Taking the prize of Most Honest Score was the team of Nikolin Radovanni, Ivan Gonzalez and Tony Romano. 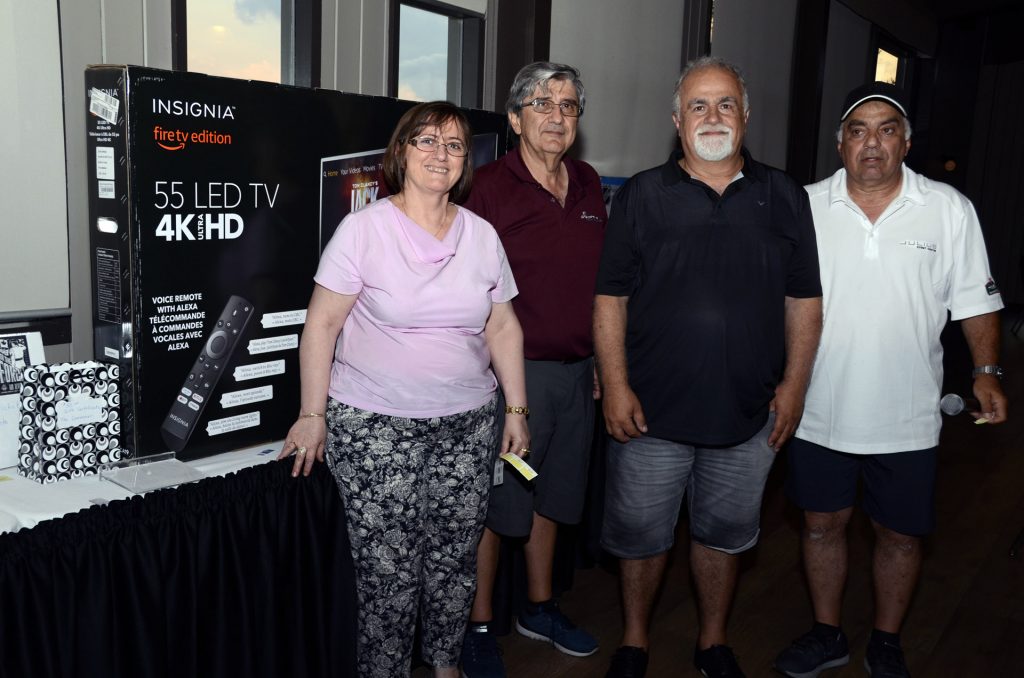 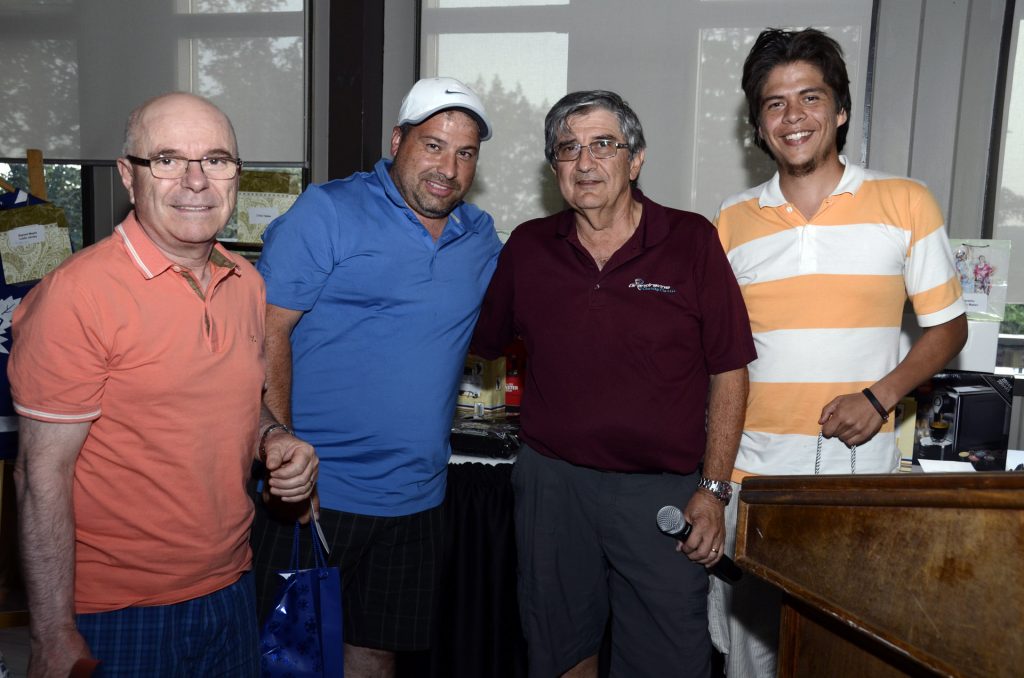 And of course an event like would not be possible without the hard work of all the volunteers.